What Is A Class 2 Electric Bike? 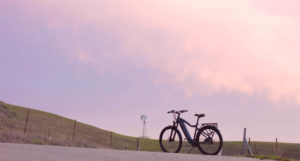 With increasing awareness of the pollution caused by vehicles, many people are turning to e-bikes as a green alternative to fuel-based transportation. As green transportation campaigns become more widespread, statistics by the U.S. Department of Transportation show that switching to e-bikes can significantly reduce traffic, emissions, and gasoline consumption. Regulations are being created as we speak, so you may wonder, what is a class 2 electric bike?

In many bike-friendly cities around the world, e-biking has become the primary form of commuting. Many places are now issuing rebates to purchase e-bikes as part of the larger design for cleaner and greener cities. But besides the obvious environmental advantage, e-bike cruisers are also an affordable, more convenient form of commuting, allowing riders to avoid gas price hikes and traffic jams in their daily travels.

They’re also super easy to learn how to ride, and many models come with various safety features and additional options that can be geared to each person’s needs. Research has also found that e-biking is an effective form of exercise. Moreover, in cities where contemporary lifestyles and a lack of pedestrian-friendly neighborhoods have made public health a concern, a widespread e-biking culture can be of great help.

To make legislation easier, lawmakers and the cycling world generally categorize e-bikes into three classes. In this blog, we’ll be taking a deeper dive into the features and benefits of class 2 e-bikes.

Class 2 e-bikes can achieve speeds up to twenty miles per hour. However, what sets Class 2 ebikes apart from Class 1 is these bikes also have a throttle allowing assistance up to 20 miles per hour without pedaling. Throttles allow a boost up hills or from a standstill. This makes them more responsive in offroad situations, versatile for commuters, and simply more fun than class 1 bikes.

Class 2 bikes can be ridden more confidently on different types of terrain than their class 1 counterparts. The throttle feature allows riders to bike on off-highway vehicle trails with self-assurance, which means the bike is well-suited to bumpy roads, dirt trails, and other off-road paths.

In other words, class 2 bikes facilitate both recreational biking and everyday commuting. Especially for people with injuries or disabilities that hinder them from walking long distances or using a regular bike.

Compared to class 1 electric bikes, the main advantages of class 2 bikes are added speed, power, and convenience. But with these added features also comes a higher price point. Although they are more expensive, class 2 e-bikes are still the most popular e-bike choice. They provide a good balance between high-end features, convenience, and price.

Like the pedal-assist-only bikes in class 1, class 2 e-bikes are also typically welcomed in most places where regular bicycles are allowed. This is owing to their relatively low maximum speed. Local laws and regulations vary from state to state, but you can expect this class of bike to be allowed on most state-managed trails and bike paths.

Before purchasing a class 2 e-bike, you should keep two things in mind. First, you should find out whether or not your area has bike lanes on your commute routes. Second, it’s always recommended to check out e-bike-related laws and regulations in your area. Some states, for example, classify e-bikes as regular automobiles, while others do not. For this purpose, it is essential to know the rules for licensing, permits, and accessing public roads in your area.

Why E-Bikes Are the New Favorite

Of course, Ride1UP is ready to help with all your e-bike concerns and needs. Are you looking for information on class 3 electric bikes, instead? Check out our latest post!